4 sustainable toilet tissue startups that are on a roll

Climate-consciousness and a bent toward sustainability are becoming more commonplace in the venture capital ecosystem, from startups that focus on clean meat production and insect-based foods to sustainable fashion and carbon capture and removal. Paper products—including toilet paper—are in the mix, too, with several brands championing more eco-friendly offerings. With roughly 18 million acres of forest lost globally each year and an estimated 27,000 hardwood trees harvested daily for our TP needs, these four startups are working to usher in a new forward-thinking approach to toilet tissue: 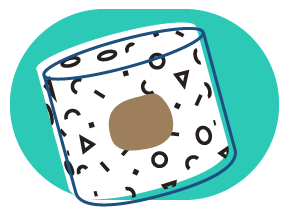 Who Gives A Crap

This Australian startup’s product line—including toilet paper, paper towels and facial tissues—hit the virtual shelves in 2013 following a successful crowdfunding campaign. Their sustainable goods are made with forest-friendly bamboo, recycled paper and/or sugarcane, and 50% of the company’s profits help build toilets and improve sanitation in developing countries. Who Gives A Crap’s premium bamboo toilet paper, their “softest loo roll ever,” is made without dyes, scents or inks. The startup has raised $360,000, not including an undisclosed amount of venture funding secured in 2018. Featured product: Premium bamboo toilet paperHeadquarters: Melbourne, Victoria, AU Founded: 2010Notable investors: Cubit Family Foundation, Impact Investment Group 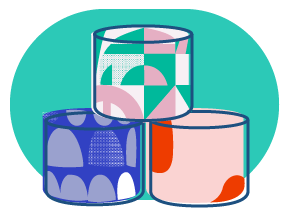 Founders Lisa Frame and Isidro Hurtado were chatting over margaritas when the conversation turned to crap—specifically, the thousands of hardwood trees that are harvested every day in the US to create toilet paper. Bippy steers consumers away from traditional TP with their soft, biodegradable, fragrance-free toilet tissue made with bamboo fibers. Why bamboo? Because it’s a triple threat of environmental sustainability, the duo says—it creates more oxygen, uses more carbon and doesn’t have to be replanted. Bippy joined Backstage Capital’s Accelerator program as a part of its first cohort in 2019 and received $100,000 in funding.Featured product: Bippy bamboo toilet paperHeadquarters: Los Angeles, California, USFounded: 2019Notable investors: Backstage Capital 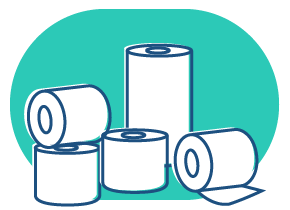 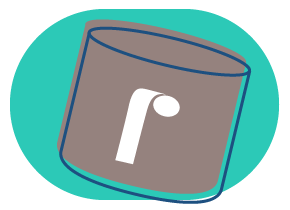 Reel is on a mission to help the planet, our fellow humans and provide sustainable bamboo paper products—and that’s just what they’re doing. Since 2016, Reel has donated 21,000+ single-use biodegradable toilets to individuals in need. Reel’s TP is made with bamboo because it grows quickly, up to three feet in 24 hours, and because it uses 30% less water than hardwood trees. Most recently, Reel raised Early Stage VC funding in the form of convertible debt from Bluestein & Associates, Litani Ventures and others.Featured product: 100% bamboo toilet paperHeadquarters: Santa Monica, California, USFounded: 2017Notable investors: Bluestein & Associates, Litani Ventures

Please be aware of the potential risk when investing . All our clients must self certify as to their investment experience and must be either a High Net-worth individual or a sophisticated investor to qualify for any of our opportunities with the exception of buying a property – which KCS have a wide selection of .

How Can We Help?

We await your instruction

Get in touch
Gold Price

The World Recovers its Taste for Scotch

What is a Crypto token?

Make A Difference With KCS

We use cookies on our website to give you the most relevant experience by remembering your preferences and repeat visits. By clicking “Accept All”, you consent to the use of ALL the cookies. However, you may visit "Cookie Settings" to provide a controlled consent.
Cookie SettingsAccept All
Manage consent

This website uses cookies to improve your experience while you navigate through the website. Out of these, the cookies that are categorized as necessary are stored on your browser as they are essential for the working of basic functionalities of the website. We also use third-party cookies that help us analyze and understand how you use this website. These cookies will be stored in your browser only with your consent. You also have the option to opt-out of these cookies. But opting out of some of these cookies may affect your browsing experience.
Necessary Always Enabled
Necessary cookies are absolutely essential for the website to function properly. These cookies ensure basic functionalities and security features of the website, anonymously.
Functional
Functional cookies help to perform certain functionalities like sharing the content of the website on social media platforms, collect feedbacks, and other third-party features.
Performance
Performance cookies are used to understand and analyze the key performance indexes of the website which helps in delivering a better user experience for the visitors.
Analytics
Analytical cookies are used to understand how visitors interact with the website. These cookies help provide information on metrics the number of visitors, bounce rate, traffic source, etc.
Advertisement
Advertisement cookies are used to provide visitors with relevant ads and marketing campaigns. These cookies track visitors across websites and collect information to provide customized ads.
Others
Other uncategorized cookies are those that are being analyzed and have not been classified into a category as yet.
SAVE & ACCEPT
error: Content is protected !!